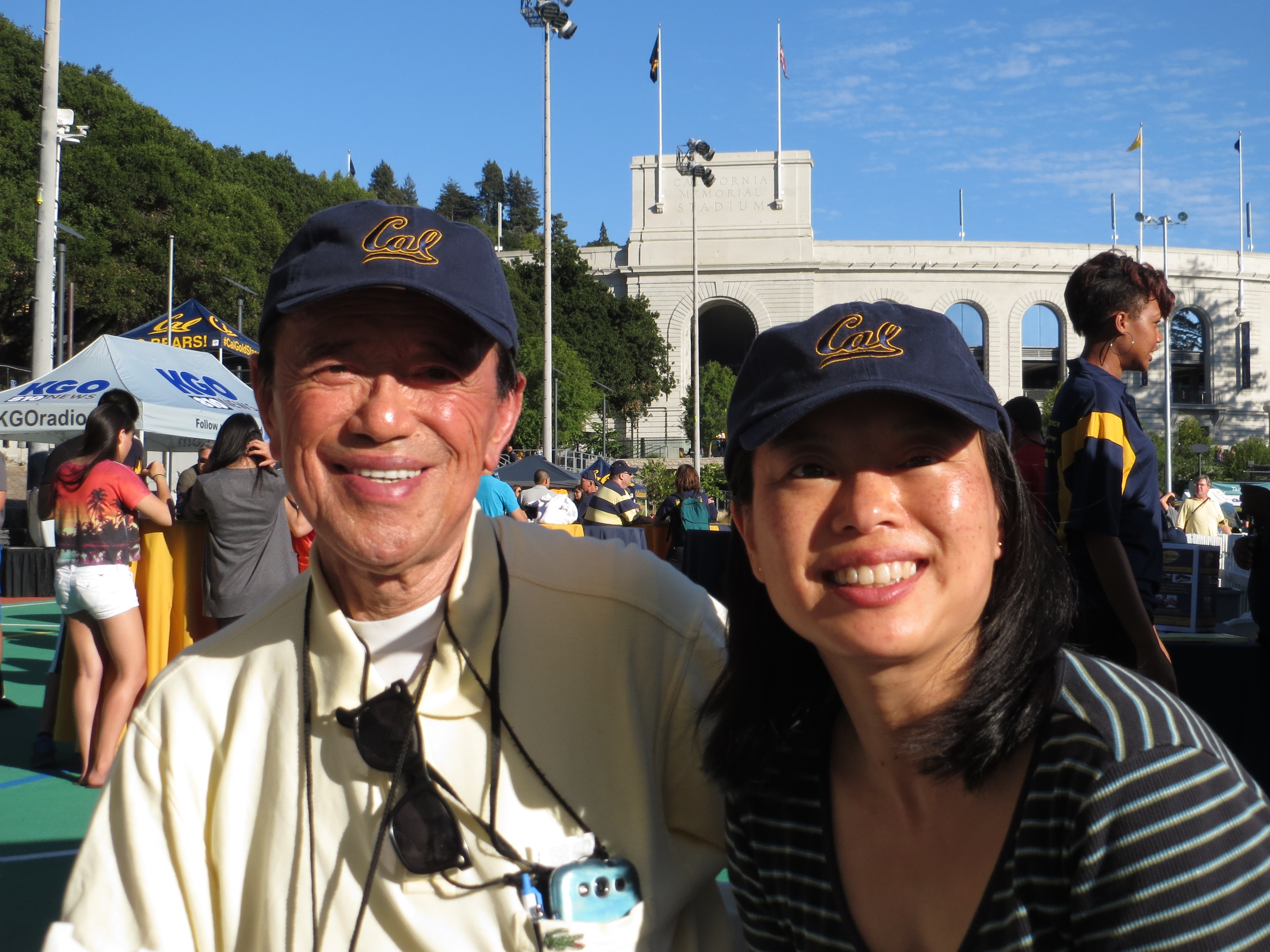 I am a 4th generation San Franciscan whose great-grandfather arrived in the 1860s to be a merchant for Gold Rush immigrants.  My grandfather was a tailor and opened a shop in Chinatown, and my dad and his 8 siblings lived behind the store during the heart of the Great Depression and the Chinese Exclusion Act.  He attended public schools, earned a scholarship to UC Berkeley, and commuted daily by bus or carpool from Chinatown.  Upon graduation, he was unable to find a job at the large accounting firms due to the biases of that time; he instead took the Civil Service Exam and landed a job with the City and County of San Francisco.  My dad eventually worked his way up the ranks and retired as the Chief Assistant Treasurer of San Francisco.  He's very much an inspiration to me, a demonstration that education is a great equalizer, and if he can overcome adversity to live a happy and fulfilling life, so can we all.
One of my pivotal memories at Lowell High School was being told by my World Civilization teacher that we would skip over all the chapters about Asia because we didn't have time for them.  I was livid - the student population was 60% Asian and with one statement, Asians were relegated to non-existence.  I read those chapters on my own.  I ventured east to MIT where I obtained a BS in Chemical Engineering and a minor in East Asian Studies (those lost chapters in World Civilization really made an impression on me).  Upon telling a male acquaintance that I was going to MIT, he said, "you only got in because you're female."  Oh, those were fighting words - MIT had long removed preferences based on gender, so I had gotten in by my own right.  At MIT, I was the Career Fair Chair for the Society of Women Engineers chapter because I wanted to help connect women to job opportunities in STEM fields.  At Stanford, where I received MS and MBA degrees, I was active in both the Women in Management and Asian Society clubs and learned about differences in leadership styles between men and women, Asians and non-Asians.  It was eye opening.
I ran for school board in 2013 not just because I wanted to ensure children were able to attend neighborhood schools, but also because being inclusive matters a lot to me, and clear communication, transparency, and creating a supportive environment for both teachers and students is critical for education to truly be the great equalizer it can be. 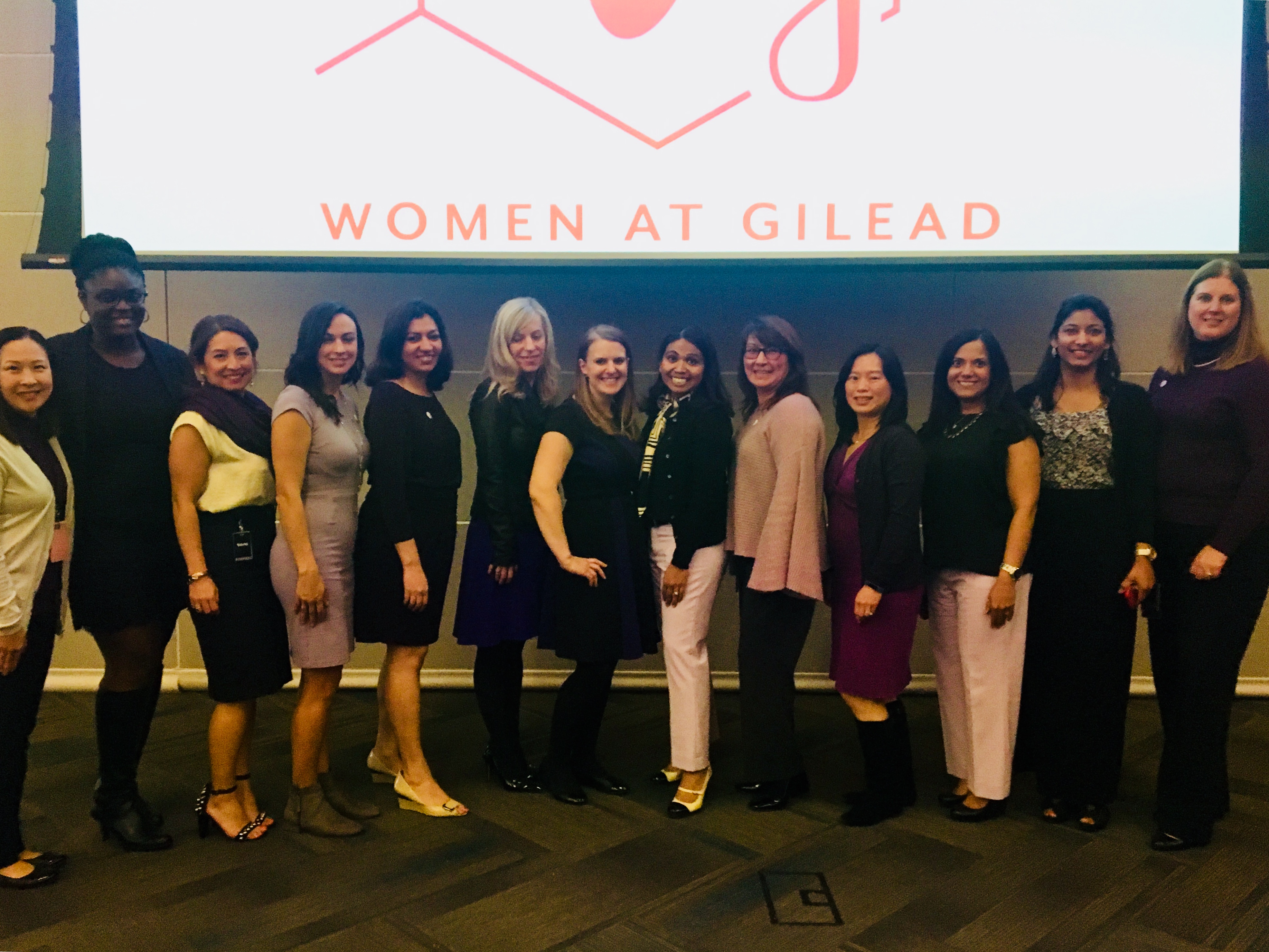 I am the Associate Director of Data Strategy and Innovation for the Managed Markets Strategy and Operations department at Gilead Sciences, a biotech company headquartered in Foster City.  I was elected this year to the leadership team of the Women at Gilead Employee Resource Group and am one of two Business Value Leads who are responsible for measuring the value we are adding to support women employees and demonstrating that value to senior management to ensure continued support of the ERGs.  I care about diversity and inclusion as well as lifelong learning not just in schools, but in the workplace and broader society.  I enjoy being a mentor and a buddy for Gilead employees, fellow alumni, new families to schools or to my children's activities.  The picture shows the Women at Gilead leadership team posing for a picture at our International Women's Day event which engaged employees around the world in a celebration of women who made a difference in their lives. 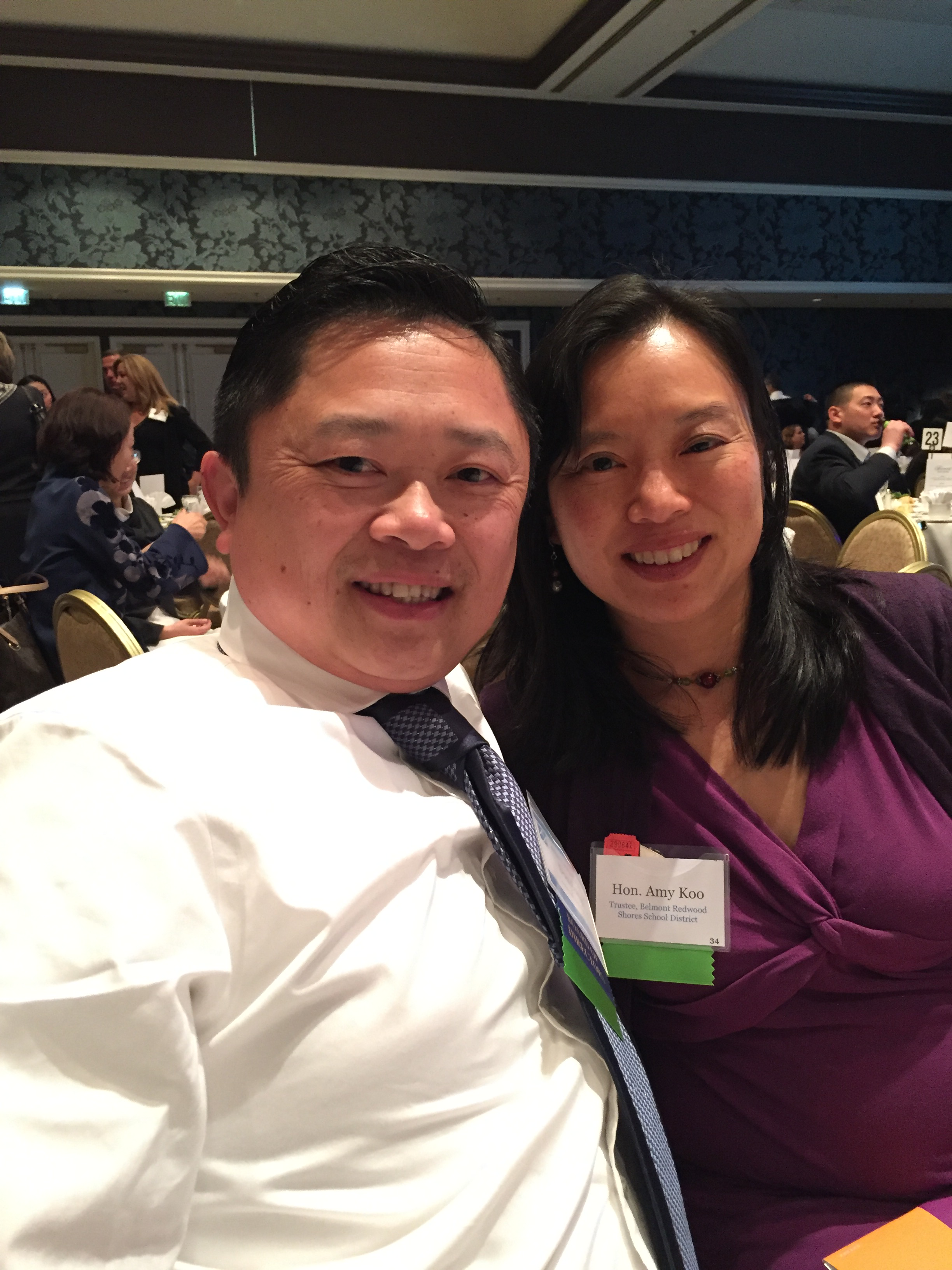 My husband, Don, is a partner in my passion for diversity and inclusion, ensuring that those that are under-represented have a voice and the same opportunities in life.  The picture to the right is Don and me at the Asian Law Alliance annual banquet (ALA provides pro bono legal services to low socioeconomic Asians). Don has been on the board of Asian Law Alliance as long as I’ve been on the school board. He was the first non-lawyer to serve on the ALA board (he was a child protective services social worker with Santa Clara County at the time). Don is now a Program Manager in the Office of Cultural Competency at the County Executive's Office, so we have pretty deep conversations at home about equity, bias, politics, and how we might leave the world a better place.

As a School Board Member, I will do my part to ensure that our next generation appreciates different cultures and backgrounds so that the American dream is accessible to all.